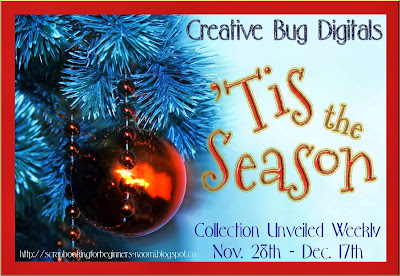 Hello and welcome to the second week of our 'Tis the Season collection of images.  Last Thursday I shared with you some of the celebrations around the world.  This week we are going to continue to learn about the different kinds of occasions.  Whether they are religious or spiritual in nature, in celebration with the winter solstice, or just plain goofy and out there, someone in this world will be celebrating them.

Over the course of this next week and a half, the following occasions will be observed:

National Roof Over Your Head Day

Today is a day of appreciation for the things we are blessed to have in our lives, starting with the roof over our heads.  Many of us are lucky enough to have a home in which we can feel safe and be protected from the elements, keeping us warm, dry, and comfortable. Unfortunately, there are many people out there who are not as lucky as you and I.
Today, spend a few moments being thankful if you fall under the category of being lucky enough to have a roof over your head and keep in mind the many people living on the streets in your town or country, who do not.  If you are financially able to, consider making a contribution to a homeless shelter, so others can come in out of the rain and snow.

Will you be on the naughty list or the nice one?  Santa knows whether you have been good or bad you know.  Those spies elves of his are everywhere!!!  They are busy checking their lists and getting the final one together to present to Santa for tomorrow so you still have a few hours left to redeem yourself if you've been a bit more naughty the nice.

King Bhumipol Adulyadej was born on December 5, and this day is celebrated as his birthday, as Fathers' Day, and as National Day across all of Thailand.  It is a Thai tradition for people to give their fathers and grandfathers a dok Buddha ruksa, which is a canna flower, on this day.  The king of Thailand is held in esteem reverence by the majority of the country's people and so many people wear the colour yellow in his honour, as yellow is the king's colour.

For many children in The Netherlands, Sinterklaas (or St. Nicolaas) is one of the main events of the year that they look forward to, second only to their birthday.  Sinterklaas is a traditional winter holiday figure that is still celebrated in the countries of the Netherlands, Belgium and Luxembourg, as well as some parts of Germany, French Flanders, Lorraine and Artois.  He is also still well known in territories of the former Dutch Empire, including Aruba, Bonaire, Curaçao, Indonesia, and Suriname.
He is celebrated annually on Dec. 5th which is Saint Nicholas' eve in the Netherlands and on the morning of December 6th,  in the other countries. Originally, the feast celebrates the name day of Saint Nicholas – patron saint of children, sailors, philatelists, and the city of Amsterdam, among others.
The custom of hanging up stockings started with Saint Nicholas. As the ancient tale goes, Saint Nicholas was known to throw small bags of gold coins into the open windows of poor homes. After one bag of gold fell into the stocking of a child, the news spread like wildfire. Children soon began hanging their stocking by their chimneys "in hopes that St. Nicholas soon would be there".   The north American tradition of Santa Claus evolved from the tale of St. Nicholas sometime in the 1800's.

Following on the above, Saint Nicholas is honoured today in Greece, France and other countries around the world.

It is believed that Mitten Tree Day, which is held annually world wide, started as a result of the book of the same name written by Candace Christiansen.  It is about a woman who misses her grown children and so, she watches the children who wait for the school bus near a big evergreen tree.  Apparently, even though she smiles at the children, she remains unobserved.  From her post by the tree she notices than some of the children can't play in the snow because they don’t have mittens or they have mismatched mittens.  So, the heroine of the story knits up a basket full of mittens and hangs them all over the tree for all the children.  The story goes that when she runs out of yarn, a new full basket of it appears on her front porch and she doesn’t know who it is from.  So, in kind, she anonymously knits mittens for all the children in town.

What a wonderful heart-warming story and Dec. 6 is the perfect day to share it with someone.  Or, better still, give some mittens to someone less fortunate than yourself!

Today marks Independence Day in Finland.   It is a national public holiday held on every year on this date to celebrate Finland's declaration of independence from Russian Republic.  It is a Finnish tradition for many of its families to light two candles in each window of their home in the evening. This custom dates to the 1920s.  There is a popular legend that states that two candles were used as a sign to inform young men on their way to Sweden and Germany to become Jägers (volunteers in the Jäger movement)  that the house was ready to offer shelter and keep them hidden from the Russians.

A day of remembrance observed in the U.S. annually, to remember and honour all the people who died in the attack on Pearl Harbor on December 7, 1941.

While the fine art of letter writing seems to have been lost to emails and texting, this day honours the idea of writing a good old fashioned letter by hand.  When was the last time you wrote a letter to someone?  Take a few minutes, and send someone a hand written letter.   Letter writing still seemss to be strong in Japan where there is a Letter Writing Week, and a Letter Writing Day held on the 23rd of each month.  It is a bit ironic when you think of how prevalent technology is in Japan, yet they haven't abandoned this dying art.

While Mother's Day is celebrated in many countries in May, in Panamá it is held on Dec. 8th.

Christmas Card Day honours Sir Henry Cole.  Cole is from England and is the creator of the first commercial Christmas Card in 1843.   Unfortunately, the cost and time for writing and sending cards has caused many people to stop sending them although there are still a few people who do, myself included as I'm sure many of you guys do as well.   If you have yet to do so, today is a good day to to get a start on sending out your holiday greetings.

Human Rights Day was created by the United Nations, in order to promote awareness of the importance of Human Rights issues around the world. On December 10th, 1948, the UN General Assembly adopted the Universal Declaration of Human Rights. Each year, the United Nations, establishes a new theme for the year. Many of us are lucky enough to live in countries where freedom and basic human rights are supposed to be a given.  There are many people around the world who aren't so lucky.

Well now that we have all the different special holidays and occurrences taking place between now and the next 'Tis the Season' post, how about we take a look at our new freebie this week.  Let me introduce you to... 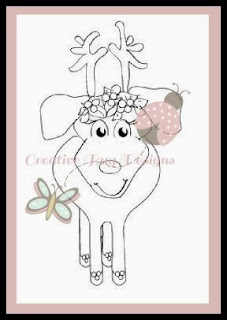 Click HERE to get "Christmas Reindeer".  Available from December 3rd until December 17th. After that it will be replaced with another freebie.

EDIT:
There is a glitch on the freebie page in the store so I've posted the freebie HERE until it resolved.

Isn't this reindeer a sweetie?  He's all decked out for Christmas with boughs of holly intertwined among his antlers.  He is sure to draw the heads of some of the local lady reindeer.  Many of you weren't following the first time he was offered as a freebie, so now is your opportunity to add him to your collection.

Let us check and see what a couple of our DT came up with to showcase Naomi's handsome Christmas Reindeer... 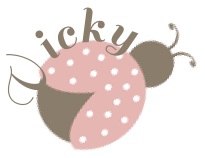 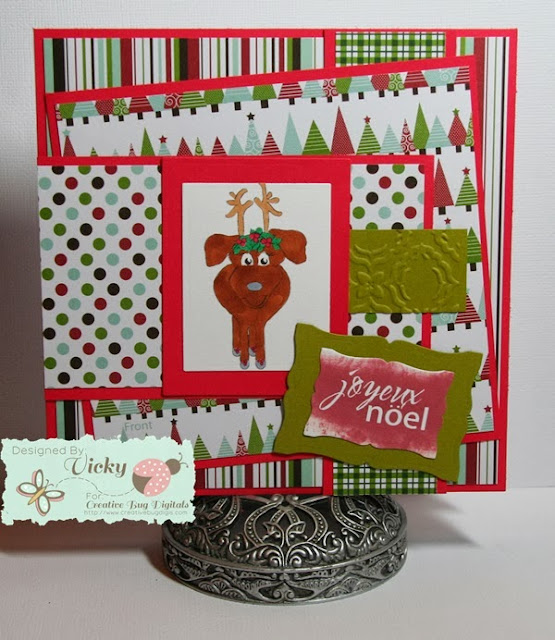 Wow!  Look at all those layers?!    Great colours and textures too!  Christmas Reindeer looks great nestled in amongst it all.  You can check out the details of this project over on Vicky's blog Crafting Vicky. 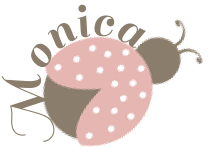 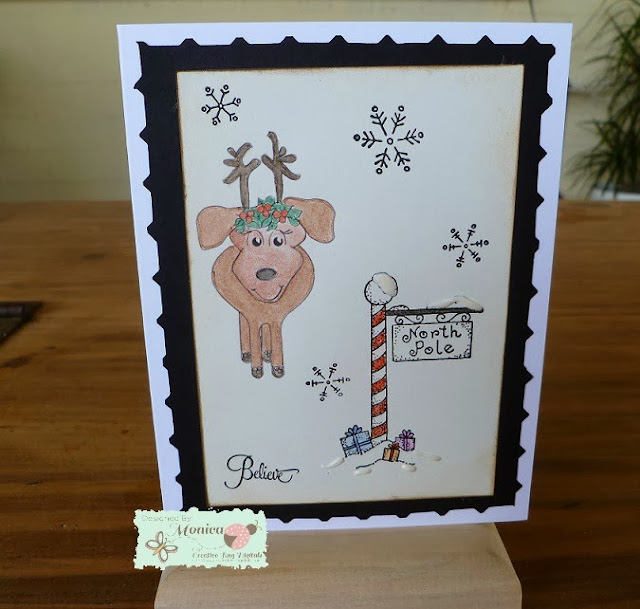 Monica has gone clean and simple with her project this week.  I love the simplicity of this sweet card as Christmas Reindeer makes his way to the North Pole for a visit with Santa.  The addition of the snow is just the right touch.  You can check out all the details of Monica's card by visiting her blog, TaylorMade 4U.


Sneak peek guesses...
Now I knew most of you would be able to figure out that the area I was showing you was holly and berries, that was the obvious part.  The real question was whether you'd figure out what the overall image was.  Someone came close by figuring out it was a holly wreath of sorts around the head of an animal but did not guess what the animal was.  So, looks like I outwitted you guys once again.  I know it won't last so I'll enjoy this week's break while I can.


DON'T FORGET...
there is still time to sign up for your chance to win Naomi's latest new release:  Christmas Tree!  Click HERE to find out how.

Before I go how about a reindeer joke...

Q:  What reindeer can jump higher than a house?

A:    They all can!  Houses can't jump!
(source: http://sleepingopossum.homestead.com/Christmas/1j.html)


Enjoy the rest of your week everyone.  I'll be back on Saturday with the next sneak peek.

Until we meet again, stay well and stay crafty! 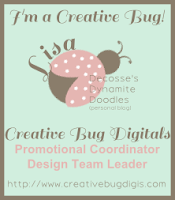 I went over and tried to snag me a freebie but it says the 'function is disabled' so I couldn't save it :-(

I was way off with my guess - too funny!

I just tried to go get the freebie but when I right-clicked, it said "function disabled" so I couldn't snag it. Just thought I would let you know in case anyone else has the same problem.

Wishing you a joyful day!

He is so cute. Thank you. Love all the holiday facts. Thanks for sharing. Edwina Brown 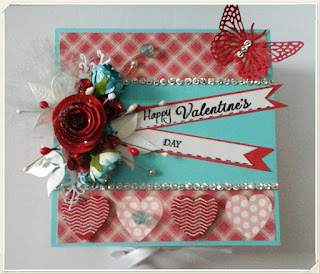 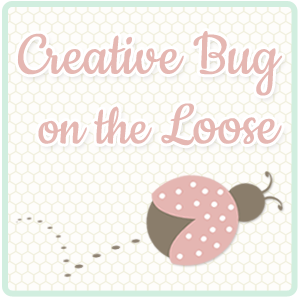 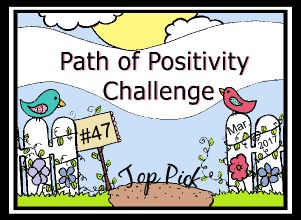 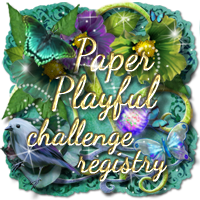